This week on counter-turn: As Eric Horowitz noted at FAIR.org, much of the elite media coverage of housing issues has focused on the idea that homeowners of supposedly modest means are in a hurry; or that homeless people pose a threat to the lives and property of landlords, as well as the careers of politicians who dare to defend them – in addition to, you know, harming the aesthetics of the neighborhood.

New insights are needed, not only on the impacts of the affordable housing crisis, but also on its causes. It is not just capitalism that is unleashed, because it does not happen without government involvement. 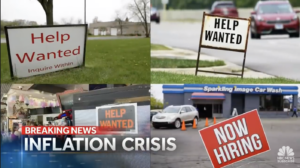 Also on the show: The media continues to dismiss the term “inflation” as the reason for rising prices, as if hoping that people will turn their brains off on the spot and blame some abstract entity. We quickly listen to our conversation from February with Groundwork Collaborative’s Rakeen Mabud, when the media was working hard to tell the public that “supply chain disruptions” were falling from the sky like rain, rather than being linked to decades conscious political decision-making. .

The combined choices of business and government – and how they affect the rest of us, this week counter-turn.

FAIR’s work is supported by our generous contributors, who keep us independent. Donate today to be part of this important mission.

IN every town and village around County Cork and in the city there are hundreds of derelict buildings and vacant sites. We have all seen them and know where they were. According to some estimates, there are as many as 10,000 such sites in Cork, between the city and the county. Such is the extent […]

The 58-page report presented to Housing Minister Darragh O’Brien on Compact Growth Design Standards cites ‘focus groups’ claiming that the rear third of gardens is generally ‘dead space’ or ‘underutilized’. Glenveagh Properties, one of the state’s largest home builders, is proposing that the current standards of a 60m² garden for a typical three-bedroom house be […]

As for the Democrats’ plan for the state surplus, “Put Montana’s money to work,” I’m all for using the surplus to stem the housing crisis. . As a permanent resident of Montana, I’ve watched the dream of home ownership become out of reach for the average working-class family. The Democrats’ plan puts the surplus back […]